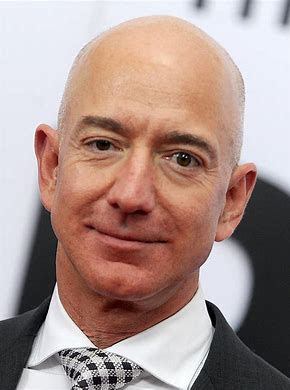 Photo of Jeff Bezos and a story [found here]

Amazon might be hosting all sorts of servers so the Alphabet Agencies can spy on Americans and the World. Bezos is given an unfair advantage. Your tax dollars are making this tyrant richer, are you okay with this?

Do you have a device such as Alexa, Surri (sp?), and similar. Most smart televisions have a remote with microphone. Your smartphone is giving up your GPS coordinates, whomever is in proximity, and other devices such as GPS, your car’s Bluetooth, and anything within range is metadata that is being scooped up. A map of who you are near, where you go, and the most minute detail of what you do is part of Bezos’ are of Artificial Intelligence offered to the Spy Tech Agencies.

Who you might “vote” for is being gamed by this Artificial Intelligence.

Barack Obama turned over shepherdship of the internet over to the UN. What political party and do the UN prefer to be “in power” in the US? Well, the next election can all be gamed in 2020 if these platforms are the ones in control of tracking all of you out there in real time.

Any potential leaders can be targeted, and eliminated before they even know themselves of their potential. Useful tools for the Surveillance Grid of psychopaths can be identified and server loads of blackmail material can be assembled in real time, or it is possible for the systems to go back in time for what has been on the internet, done on cellphones and other devices.

You can be set up for arrests and prison time for something you didn’t even do 8, 12, 20 years ago. Evidence and records can be manufactured or conveniently memory holed.

Should Bezos be brought up on charges and face prosecution with the judges replaced with a People’s Grand Jury?

I post music that I listen while writing, my thoughts on China, Vietnam, the current situation that China is depriving 4 nations of water from the Mekong Delta, COVID-19 Coronavirus, UN Agenda 21, and my thoughts on maybe witnessing local Police Chiefs meet a B-52 at Westover AFB in Chicopee Massachusetts in 1968 to pickup Marijuana and Heroin from Vietnam, Laos, Cambodia, and/or Thailand to place in the trunks of their cars to distribute to police officers to then distribute to their preferred local drug dealers to sell in mostly Black downtown neighborhoods? [link]
Posted by The_SRV at 4/18/2020 03:41:00 PM No comments: