Gun Permit can mean false arrests, family break up, property confiscation in US

Added 11:16 AM EST, a link to a video narrating this post, about the Ex-Parte Lifetime Restraining issued against me from the State of Massachusetts that can't have any legitimate evidence of my ever being a threat, or wanting to contact, or interact, with the plaintiff in the "case": https://www.liveleak.com/view?t=uPAXb_1582644818 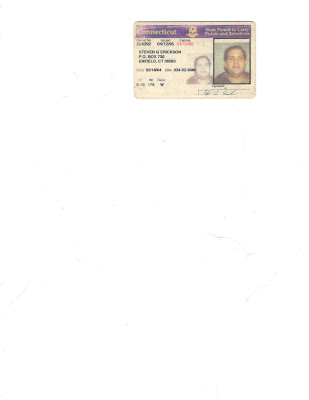 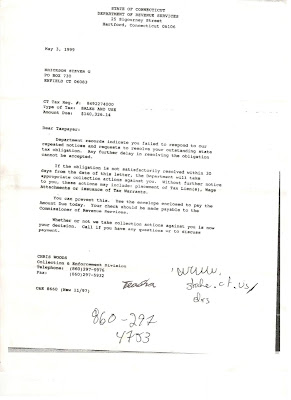 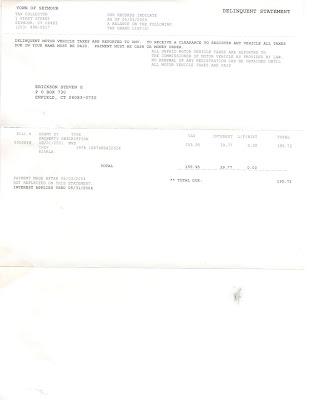 Click on any of the above photos for a larger view.

I applied for a pistol permit and received one in 1995. I wanted to become a reserve Police Officer in Stafford Springs, Connecticut, because vandals and drug dealers seemed to rule the downtown. I co-founded the Crime Watch in town, and walked streets trying to identify vandals, drug dealers, and members of, unknown to me at time a youth gang created by police to harass citizens, "The Diaper Gang", so called because of their youth. What I didn't know, was after the 1994 Oklahoma City Bombing, the Clintons in cooperation with the UN were paying law enforcement to falsely arrest, railroad to prison, financial ruin, break up families of gun owners, conservatives, farmers, ranchers, independent media reporters, the outspoken, and those who opposed globalism, socialized medicine, nationalists, and those who were outspoken in support of the US Constitution were all perceived as enemies of the Clintons, and needed to be disarmed and eradicated.

I went to LT Trapp and Stafford Constable Frank Prochaska about becoming a police officer. In order to do so, I had to help them go after pistol permit holders, gun owners, conservatives, small business owners, and landlords who were not affiliated with police officer rackets, police sponsored drug dealing, and prostitution. The pair didn't go right out and say all that they, and Troop C Connecticut State Police were involved in, but said to start, I should go to gun shows with LT Trapp and talk to whomever I recognized from Stafford, strike up a conversation, and find out what kind of guns they had. Trapp gave me a list of guns he personally wanted, and I would get paid to break into houses, he would be a lookout, and other officers would make sure that the target of robbery was out somewhere else, and if the target of the thefts had cash, gold, precious gems in a safe, I was to bring my carpentry tools and remove the safe!

I tried to let the cat out of the bag to State Senators Tony Guglielmo (sp?) of Stafford and State Senator Kissel of Enfield, and didn't know they were part of the corruption, and had some sort of ties to the Connecticut FBI, and there are pictures of Guglielmo with top CIA people in his office!

Bruce Brown, an alleged FBI undercover agent, also a Stafford Springs, Connecticut, firefighter who lived at 11 Church St, next to my 3 and 4 family houses that I owned at the time, and I talked. I told them that Mafia figures paid Selectman John Julian $100,000 cash, confirmed by my tenant at the time, Mark Gordon. The bribe was so that the Mafia could get state, and possibly federal tax dollars to build, and run a trash transfer station.

Brown told me to shut up about what I knew, or I would be arrested, spend my life in prison, or I was going to get my last ride in handcuffs in a State Police cruiser trunk with my teeth kicked out. Brown further told me that if I talked about the surveillance cameras and microphones police were attaching to telephone poles, I would regret having born. The phone tapping and blanket surveillance was illegal at time. When I asked for footage from the cameras from police after I was attacked on my property by one of their police informants, the police told me that the cameras were for police protection only, and that it was illegal for me to talk about the cameras.

The tax bill for about $140k was for a 3 month period where if I worked in Connecticut, alone, wallpapering and painting, I would have had to have made I would have to have made about $2,333,333 in 3 months painting rooms by myself having had to charge 6% Connecticut sales tax! I worked zero in Connecticut at the time as at least 2 State Police cruisers would follow me to and from wherever I was working, and would be pounding on my door, asking neighbors about me, when they knew where I was to make me look like a criminal. It is ironic, I had about $140,000 in equity in my Connecticut properties at the time. The notice was sent to an address I didn't have, and I believe it was a way for my property to be confiscated, an official scam.

The conduit to the abuse is the UN, Connecticut Department of Administrative Services, and the international police union that decides who is targeted, and decides the outcomes of court cases before they are held!

The tax bill for my 1978 Corvette, in Seymour is where I never lived. I had to pay 2 and 3 towns for the same vehicle. I once went to the DMV, an African American woman behind counter said she had never seen someone having to pay multiple towns for a vehicle and I had 4 or 5 vehicles at the time, and was overcharged 1000s of dollars to not have my drivers license and tags on my vehicles revoked. The African American woman at the Enfield DMV left me at the counter 45 minutes while she took a 45 minute lunch break. 2 Connecticut State Police Officer stood behind me, I believe to see if I lost my cool, so I could be arrested and beaten up for losing my cool.

The police in Connecticut told me that I was allowed to be married to my then wife because she was too pretty for me, that I wasn't allowed to live in Connecticut, and if I didn't leave I would have legal and police problems for the rest of my life and police would oust me from wherever I lived, and I wouldn't be allowed to date, and after police caused my divorce, and permanent estrangement from my only daughter, whatever state I went to after having been railroaded to prison for overreacting to being mugged by a police informant, using pepperspray, I have been harassed in any state I have gone to by police, and am automatically ruled against, or treated most harshly if a judge will even sit on a case I bring.

All of you citizens are going to get a taste of what I got. Stafford Springs, Connecticut, was a test city for what is being rolled out for all of you now.

More of my story:
http://thegetjusticecoalition.blogspot.com/2013/10/telling-children-committee-elected.html