US Police State, the Beta Phase

Pre-9/11, the US Police State was in its beta phase. Gun owners, the self-employed, the politically active, and especially small farmers were covertly targeted. That police state is best exposed in this [Ritt Goldstein video].

I wrote Vermont US Senator Bernie Sanders about the NSA type spying that I am a victim of in the State of Connecticut Pre-9/11, [text here].

US President Barack Obama seems to make excuses for the NSA type spying and police state. The UN with their Agenda 21, the international bankers, and corporate organized crime all seem to be on Obama's friends' list, not we the people.

[This is what you are all in for. This post contains my picture, phone number, email, and story].

Is the Governor of Connecticut, Dannel P. Malloy, okay with the above? [I ask him here]. Would Malloy be okay if Connecticut State Police Intelligence Units, black operations contractors, or police informants shot kids in the Newtown, Connecticut, Sandyhook School to blame a patsy to end the 2nd Amendment?

[Would people move to Connecticut, or any US Police State, if people knew what they do to families, the self-employed, and those who believe in an intact US Constitution]? I talk about my own family and current life in the above link.

What does it say about US when US insider defects to former USSR? 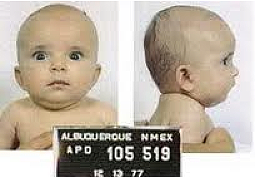 I contacted Connecticut US Senator Chris Dodd pre-9/11 about drugs being sold off my front yard, prostitution, and the going after of the self-employed all at the hands of the Connecticut State Police and riggers of courts. Police then threatened my life and told me that I would take my last ride in a cruiser trunk in handcuffs with my teeth kicked out. Did I get railroaded to prison for blowing the whistle on Connecticut State Police brutality, illegal spying, rigging of courts, and public corruption by having contacted Chris Dodd, or was their a whole host of excuses to hold me as a political prisoner in the US, break up my family, ruin me financially, and make me have lived in absolute fear of the terrorism perpetrated by the police state?

The text of my previous letters to my Vermont federal elected officials found here:
http://thegetjusticecoalition.blogspot.com/2011/02/letter-text-to-us-vermont-senators.html


The below text was typed in Vermont US Congressman Peter Welch's email contact form [found here]:

What does it say when a US Government insider defects to the former USSR after that citizen exposes government bad behavior and listens to his, or her, conscience? What does it say when a government punishes citizens with life in prison, and possibly death, for reporting international criminal behavior of US officials and contractors? Why aren't the actual criminals punished? Since when are War Crimes protected behavior when they are committed by a special class, the international elite? I ask that Edward Snowden, Bradley Manning, Julian Assange and other freedom patriots, American, or not, who are caught up in the UN/Corporate Organized Crime/International Banker, and their spy agency cronies' cross-hairs, be excused for their erroneously perceived crimes. I was asked pre-9/11 to break laws for police, spy, and ruin the self-employed. I refused to break laws for police, so I was then harassed, spied on, terrorized, and then railroaded to prison. A police officer would comment on my private conversations with my wife in my own house. The officer threatened to break up my family if I told elected officials or the public what police and riggers of the courts were up to. I was threatened with arrest and prison for giving my wife, a former model, macaroni and cheese for dinner. The officer probably thought since he was listening to all my phone conversations, private conversations, and all my internet activity that he owned me, my young daughter, and had false ideas he could take my wife from me with his police state privileges, and then send me to some black hole. It is either "elected" officials like you will be the solution, or they will be the collaborators with the biggest criminals in the history of the world. So, Peter, which side our you on? If you don't get back to me, can I assume which side you are on? I am putting this text and links to what I am talking about, posted 8-2-13, here:
http://thegetjusticecoalition.blogspot.com/

My views with videos posted here:

How police are "getting made" in the Cop Mafia (included my pictures and contact info):
http://thegetjusticecoalition.blogspot.com/2012/12/getting-made-in-cop-mafia.html

My post on Vermont US Senator Patrick Leahy:
http://starkravingviking.blogspot.com/2013/08/batman-actor-and-us-senator-asked-about.html


This is how international corporate organized crime wants all of America to look:


This is my opinion: