Soldiers and Cops have Dibs on Girls and Women 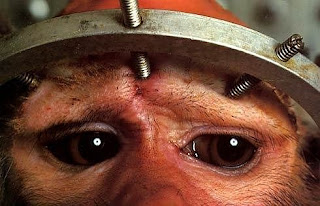 In the late 1980's to early 1990's I dated a girl from Granville, New York. She was 21 when I met her. Cindy knew how to wear make-up, get her hair just right, and wore tight, sexy clothes and could really rock out in stylish footwear. A cop in town wanted to date Cindy and felt I was in the way. He told me I was not allowed to date Cindy and was not allowed to drive in New York, or I would be beaten up, arrested, and jailed for DUI whether I was drinking, or not.

So, in America, if a cop wants your daughter, girlfriend, wife, or mother, you can be arrested, jailed, and lose your family, your property, your job, your credit, and the sum total of your life on a cop's whim. This also signifies the court system is rigged and there is no real way to redress grievances. Free Speech is only annoying to those who are really in charge.

That relationship lasted about 5 years. It ended after we spent "quality time" with my father at my younger sister's wedding in Florida.

I met a Lingerie Model while traveling Europe. We had to get married for her to stay here in the US. I probably would have been better off being free and American at the same time had I stayed in Lithuania and pursued import/export more thoroughly. 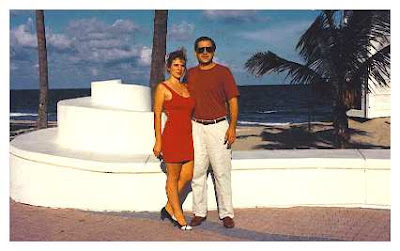 I bought a house in Stafford Springs, Connecticut, for my wife and I. Police Officer Frank Prochaska, aka "Fat Frank", a dim witted, overweight officer, who lived with his Mommy developed an infatuation with my wife. Fat Frank threatened me with arrest and told me that I was kicked out of Connecticut, but my wife, Rasa, could stay.

Fat Frank was hanging outside my house, saw me in my yard, came up in my yard and started flinging me against the siding of my house on my property. He told me I was "resisting". I asked him "resisting what?" Had my neighbors not been witnesses, I believe Fat Frank would have continued and then arrested me for Assaulting an Officer of the Law after he assaulted me. I guess that is how "Law Enforcement" works in America.

I was then stalked by Fat Frank and Police Informants who were also criminals, drug dealers, prostitutes, vandals, thieves, and the lowest form of humans, complete parasites.

I figured I would become a Police Officer and looked into that. I would first have to become an informant and work with police to collect revenue and set citizens up for property confiscation. It would involve making false statements, assaulting others, committing crimes, and conspiring, obstructing justice, and being an organized criminal dirtbag like pretty much all the cops in the State of Connecticut are because they do not honor the US Constitution or anything moral.

Long story, short, I lost my house, my wife, my daughter, my contracting business, my credit, and my retirement. My daughter has not called me "Daddy" or said "I love you" since I went to prison for being attacked on my property by a Police Informant who had been stalking and threatening to kill me for weeks.

The rest of you are learning what the real Police State of America is all about.

The number below is the way you can leave Steven G. Erickson a voicemail: 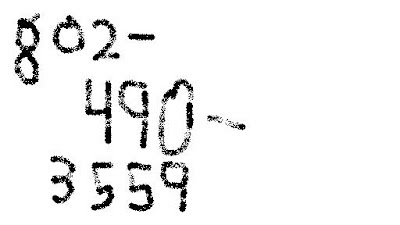 Look at what we have for "candidates" in America:

I'm asking for donations so that I can get a documentary project off the ground on what a poor excuse there is for a system of justice in the State of Connecticut. Your state may be as bad. Let me know. Many people on the inside have talked to me, anonymously giving me tips. Many victims of the system have talked to me and have stated their names. If I don't know you, and you want to tell me your story, maybe I'll ask for between $20 and $50 for posting it as an audio phone call as video. I'm not for sale. My opinion is not for sale. I just want to be able to fund my fight against the abusers and if I am taking time away from paying work to help, that should be considered. I need not be personally abused by an abuser to be willing to take up the fight.

Lawyers can be paid thousands, tens of thousands, and maybe 100's of thousands and they still might sell you out or just plain rip you off. Telling your story, embarrassing the abusers ... priceless.

Some stories posted on Opednews.com:

Friday, March 16, 2012
US Baby Stealing Birthing Centers for the Poor?
Is America under siege because of racism and the elite's population reduction program?

Saturday, March 10, 2012
Homeland Security Massive Manhunt for Outstanding Warrants?
DHS may be involved in a massive campaign to arrest as many Americans as is possible to put them in prisons.

Friday, March 9, 2012
ABC News paints upset US Citizens as Domestic Terrorists
(2 comments) Check out the difference between two below videos. One is reality, the other is mainstream media.

Tuesday, March 6, 2012
Organized Crime can Order USDOJ to shut down an FBI Investigation
Will those who obtain the below knowledge want to say STFU Israel about Iran? Will citizens want to obtain representation for their taxation after listening to the below videos? Will those who listen to the below videos want to stop the warring, spying, torture, rape, robbing, and murder that is being funded using our money and is perpetrated by our international corporate and banking owners?

Monday, March 5, 2012
US "Democide" to exceed Genocide of Past?
(1 comments) Democide definition can be found at bottom of post.

Friday, February 24, 2012
Profiled for contacting elected officials?
(1 comments) How much does the US now resemble a corporate version of the former USSR?

Tuesday, February 21, 2012
Press Passes for the Masses?
(5 comments) Sites like this one should be supported. If sites like this one issued press passes, it might be good for the sites, and good for citizens like me. 40 bucks might be a good figure. I have no money now, and don't have a job, but would scrape up forty dollars from somewhere to again have a press pass.

Sunday, February 19, 2012
Citizen blasted for Free Speech at Public Hearing
(1 comments) Who do elected officials in the US really represent?

Thursday, February 16, 2012
Hospital Workers Prepping Children for Official Kidnapping
Who is profiting from the kidnapping of children in the US?

I was informed by Stafford Springs, Connecticut, Representative John D. Mordasky's aid, Rosemarie, that I was going to be severely retaliated against for my having proposed Civilian Oversight of Police back in 2001. She told me that Steven Spellman, legislative liaison for Connecticut Public Safety.

Senator Tony Guglielmo, Congressman Rob Simmons, and others were also aware I was going to be railroaded to prison, in my opinion.

So, Steven Spellman, was key in my losing my home, contracting business, daughter, being falsely arrested, and railroaded to prison. Should police decide whether or not elected officials can represent us for our taxation?

Links and more of my story:
http://starkravingviking.blogspot.com/2011/09/redefining-man-as-not-animal-to-end.html

William "Bill" Windsor, producer of "Lawless America" meets up with Steven G. Erickson at the Marriott Hotel in Danvers, Massachusetts, near Boston.

Going to the State of Connecticut, ground zero for police brutality, judicial misconduct, and public corruption was not an option for me. The Connecticut State Police and the Department of Administrative Services are like vandals. They allegedly order, and use tax dollars, to ruin politically active citizens' computers, spy on them, and use operatives to terrorize citizens out of contacting elected officials on issues and exercising Free Speech.