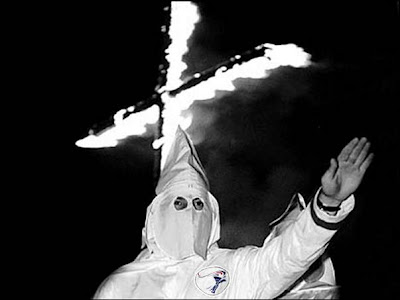 Explaining the Ku Klux Klan to the flag waving types going to church on Sundays back when the Klan was big, who had never seen a group of Klansman, hooded, burning crosses, would think that they were a conspiracy theorist myth. The New World Order might not be what the members who are in it call themselves. We aren't going to see cross burning and other real evidence of their existence either, so why not explain how their existence is the path of least resistance? Those who want to most enrich themselves, think we're in the way, and are willing to yield their power and wealth, are doing just that.

If an African American was doing well in his own community in the old rural South and was going to open a lumber yard, the KKK, town hall, police, courts, and state government would all act in concert, quietly, automatically, and with an assumed collective mission to make sure the Black did not get a piece of the White pie. Why would you think that the rich, bankster elite, would treat the rest of us the same way?

Fast forward to today. The rich bankers, corporate raiders, and those getting rich from supplying materials, weapons, and plans for all these endless wars, they don't want to let others get a piece of the pie and they don't want to be stopped. Those who are in the way face torture, imprisonment, and/or murder. What was true yesterday, is true today, except that the group is still all White, just includes more groups of Whites, no matter their religion or original country of origin.

So, may it be assumed that the New World Order wants to keep us ignorant, from reproducing, and is looking to make life so unbearable we commit suicide, end up in jail, ground up, or dead in their New World Order Camps or factories of abuse? Is the US government for them, or for us? Well, can't you see?

Lawyers are Needed to Bribe Judges, Disadvantages of Pro Se 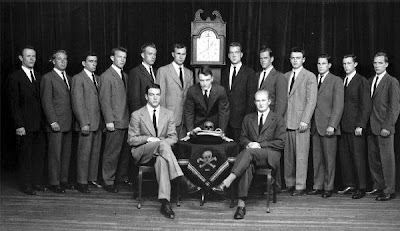 I talked with a legal reform advocate for over 2 hours tonight. He is well versed, and English Common Law goes back to 1066, and most states' laws are based on this law.

A lawyer can lose gambling with a judge. Bet on a round of golf and lose a grand a hole for whatever number of holes, purposely playing badly. The cash may not even need to be handed, hand to hand, with some excuse. There are favors and other things that can be done to pay for rulings in cases. Let's call the guy I talked to tonight, Mr. X.

Mr. X says that if you are involved in a property dispute in a civil case with a mortgage company, or another individual, it is good to get an organized crime lawyer. The lawyer has preferred judges that he, or she, works with, called a "judge in the pocket". Organized Crime lawyers can predict the outcomes of cases, civil and criminal. 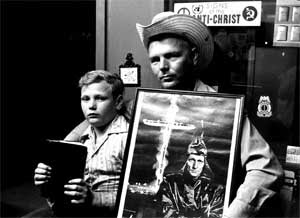 John Grindle, 30, Klan member from Livingston, Texas, poses with son John Jr., 6, with Bible and portrait of the Klan's Imperial Grand Wizard. 'Signs of the Anti-Christ," according to the Klan, are peace movements, the United Nations, Jewry and communism. Photo by Ron Laytner, Edit International

While many Americans are obsessed with Megan Fox and her tattoos, there is real news to view. Scroll down past pictures for video in post linked to. 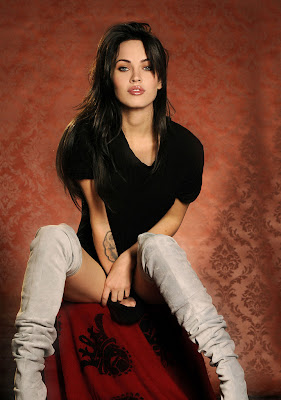 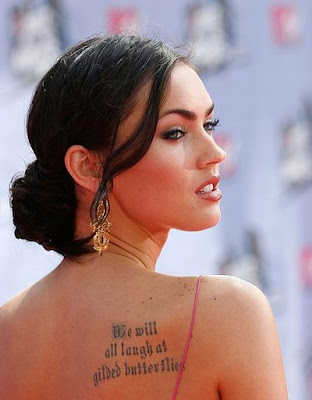 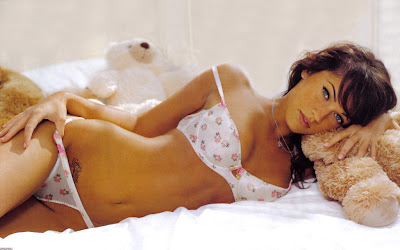 Uploaded by THElNFOWARRlOR on Mar 3, 2011

Author and political commentator Joel Skousen gives an in-depth discussion on how the election process is controlled by the establishment, with a particular focus on the 2012 election and the co-opted Tea Party movement. Skousen gives a detailed explanation of how he thinks the 2012 election will play out, with either Newt Gingrich or Sarah Palin emerging as the victorious Republican candidate.

Looking back to 2008, Skousen notes how Rudy Giuliani was promoted early on as one of the top Republican candidates when in fact he was a cross-dressing hardcore liberal. Judging from the poll numbers that Giuliani was going down in flames, the establishment had a big problem on their hands, especially given the candidacy of Ron Paul, and it was then that six major newspapers endorsed John McCain even though he was polling at only 2-3 per cent.

Knowing that McCain did not have a good record with conservatives, he was reviled in some quarters for promoting amnesty for illegal immigrants under the Bush administration, Sarah Palin was brought in to make conservatives bite the bullet and acquiesce to having John McCain be the candidate. Palin was picked because she would be very easy to manipulate, explains Skousen, and although initially Palin proved difficult to influence, she did finally succumb. Palin is now used to co-opt the Tea Party movement, and will be just as easily manipulated as was George W. Bush if she ever becomes President.
http://www.prisonplanet.tv/

Justin Bieber rant Connecticut State Police Brutality Misconduct
Posted by The_SRV at 3/05/2011 05:09:00 AM No comments: Links to this post