[click here] for the October 21, 2013 update to this post. Steven G. Erickson asks the State of Connecticut Children Committee Legislators if they care about law, children, families, the economy, and the future of the US.

This blogger wrote the United States Department of Justice today. This text was mailed out: 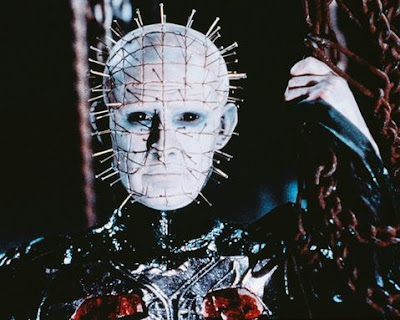 Please forward this complaint to the appropriate persons. Judge Jonathan J. Kaplan committed perjury under oath at his Connecticut Judiciary Committee re-appointment hearing Feb. 17, 2010. Kaplan is a judge I tried to remove for bad behavior through elected officials, sentenced me to a year in prison for resisting being mugged on my property after being stalked and terrorized for months. I had gone to Senators John A. Kissel and Tony Guglielmo prior to being attacked on my property about Kaplan’s bad behavior in civil cases. Please investigate claims contained in letter.

Senator John A. Kissel, a personal friend of Judge Jonathan J. Kaplan told Connecticut State Police of my complaints in 2001 before I was arrested for resisting being mugged Oct. 11, 2001. I know because State Police officers were following me around and threatening me with arrest and prison, daily, if I didn’t shut my mouth and leave the state. I had gone to elected officials about State Police refusing to investigate complaints against vandals, prostitutes, burglars, and heroin and crack cocaine dealers. Look at NY State Police investigation of CT State Police.

I was offered no deals, just a year and a half in prison by prosecutors. Judge Jonathan Kaplan told me I was guilty and going to prison before my trial. The hearing was rigged. There are plenty of red flags. Please review trial transcripts, docket # CR01 -0074672, Oct. 2002 Rockville Superior Court GA19. The jury was tampered with. Kaplan told my lawyer to throw my case.

I “marked” the transcripts as I knew Arthur L. Spada, the then Connecticut State Police Commissioner was illegally in communication with Judge Kaplan during my trial. The day before I was to be sentenced, I emailed Spada the text of the letter I mailed to the USDOJ, Oct. 2002. Please review that letter. In the letter, I asked that the USDOJ webpage on community policing be removed from the CT State Police website citing policies weren’t being followed. I knew if Kaplan yelled at me like I was the worst criminal in the history of Connecticut, there would be proof left on my trial transcripts. I also reported police misconduct within my statement to Kaplan. Officers were bragging that “Big Mouth” was going to be taught a lesson and that I was going to prison before any trial and before I was arrested for anything. Officers told me I was kicked out of the State. I was by my probation officer after I was released from prison, given an hour to pack up and be out of the state or be sent back to prison.

At the time I was sentenced to a year in prison for resisting being mugged on my property, a man who raped a three year old got no prison and didn’t have to register as a sex offender. Criminals on probation violated probation 6 or 7 times committing serious crimes and didn’t get prison. Jails in Connecticut were filled beyond capacity and there were no bunks available. There were 200 or more of us for 2 toilets, woken up every 10 minutes or so, sleeping at an entrance on the cafeteria floor. We were hidden from Federal prison inspectors locked in a shower when conditions were looked into. There was blood from violence on the floors, daily.

Chris Kennedy, 314 Jobs Hill Rd, Ellington, CT 06029, provided documents of Kaplan’s illegal behavior. There is proof of Kaplan’s bad behavior, and of Senator John A. Kissel sweeping it under the rug to re-appoint Kaplan as judge. Please look into Judge Kaplan’s perjury.

"We appoint judges who are dishonest"

Could the "Conspiracy Liability" Law be used to address the above situations?:
http://judicialmisconduct.blogspot.com/2010/03/conspiracy-liability-statute.html
Posted by The_SRV at 3/11/2010 03:53:00 PM

did Judge Kaplan rig the Bernie Madoff case or that of his relatives?
http://www.businessinsider.com/judge-freezes-assets-of-madoffs-family-and-feeders-2009-3

The matters that you raised are outside of our investigative jurisdiction, therefore no action will be taken by this office.

Complaints concerning abuse or the denial of civil rights by local authorities under color of law can be reported to the FBI (weblink: http://www.fbi.gov/hq/cid/civilrights/color.htm ) or the U.S. Department of Justice, Civil Rights Division (weblink: http://www.justice.gov/crt/crmsec.php )

Please contact our office in the future with any information that relates to our investigative jurisdiction.

it should not be that way.
It is one of your rights as an American citizen to complain about your local, state & even federal government if you feel they are not acting fairly, doing things right, or are violating your civil rights.
To put someone in jail because they are being stalked & mugged by someone else in Connecticut, the supposed "Constitution" state is unethical & totally outrageous!

Connecticut cops, for the most part, have NO regard for the public's safety nowadays!
If the cops are going to act like arrogant thugs, instead of law enforcement officers, let's see to it they get their salaries cut in half & get NO pensions at all!
They have destroyed too many innocent people's lives & broken too many laws themselves.