Google Alerts can result in Political Arrests. Domestic spying on citizens for retaliation, politically motivated arrests, and holding US Citizens as Political Prisoners is wrong.

Some nefarious activities are subtle, you have to have a trained eye to see it. When a governors aid puts a list out, it might mean investigate, pass the names, photos, and information on target subjects and then arrest on sight.

I just found [this link], and will add to this post as I discover more. 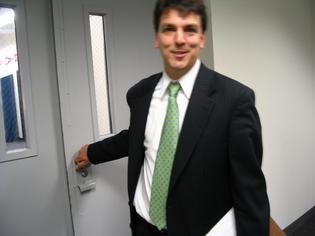 That happened to Ken Krayeske [story] and it happened to me and many others. It is happening nationwide, and the long arm of the abusers in this country, even target citizens in other countries for retaliation and to squash their exercise of Free Speech.

I used to blog on Freespeech.com, until 2006, a day after the below video was posted. Freespeech.com went down. There was an electrical surge at the server location, a home near Atlanta, Georgia. Everything electronic in the house fried. I was staying at a horse farm, just above Connecticut, after I sighted two Connecticut State Police cruisers outside where I was staying, they saw me, the following day, there was a power surge there that took out everything electronic in the house, televisions, the furnace, microwave oven, and other items. Around the same time, the same thing happened to Chris Kennedy, in Ellington, Connecticut, but not to his neighbors. Chris Kennedy had also complained to Governor M. Jodi Rell's office about Judicial, Police, and official misconduct, and public corruption, in the State of Connecticut.

After claiming key words such as, "Connecticut State Police misconduct, Judicial Misconduct, Governor John G. Rowland" etc., FreeSpeech.com went down, the website's owner seemed like he'd been terrorized, and he took down all content in the blog exposing public corruption in Connecticut. I used to get 5000 to 10,000 hits on the website, a day. I went out live on Connecticut Public Government television saying this in 2006: