Rape, a Military and Police US Institution? 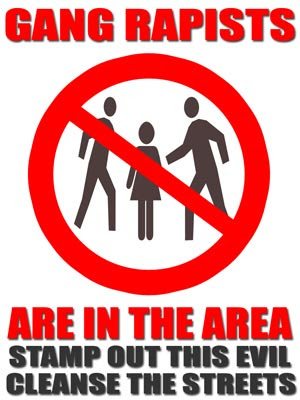 Many police officers are drawn out of the ranks of returning military veterans. If rape, and worse, is covered up over there, what do you think is going to happen over here?

Rape in the Ranks: The Enemy Within

For OpEdNews: Ann Wright - WriterJournalists Pascale Bourgaux and Mercedes Gallego in their trips to Iraq as war correspondents were stunned to hear from military women in Iraq that they should be very careful working in military units due to sexual assault and rape.

When they left Iraq they decided to investigate the issue of rape in the U.S. military. In 2007, they filmed the stories of four military women who had been raped and made a documentary, “Rape in the Ranks: The Enemy Within.” The documentary was shown for the first time in the United States on October 26 at the New York Independent Film Festival.

Tina Priest was raped in Iraq and then found dead of a gunshot in her dormitory room. The U.S. Army claims Tina committed suicide 11 days after she was raped. The mother and sister of Tina Priest don't believe Tina committed suicide. The documentary captures remarkable interactions with them and military officers from Fort Hood who arrive at their doorstep. Tina's rapist was never prosecuted.

Jessica Kenyon was raped twice during her one year career in the US Army, once in basic training and once in Korea. She is now a counselor (http://www.militarysexualtrauma.org) for other veterans who have been raped—women and men. Jessica's rapists were never prosecuted.

Suzanne Swift was raped repeatedly by her squad leader while they were in Iraq. She was court-martialed for refusing to go back to Iraq with the unit in which the rapist still served. The rapist was never prosecuted, returned to Iraq as a private security contractor and later fired from a position with a law enforcement agency in the Seattle area. Suzanne is now out of the military and in college.

Stephanie (last name not disclosed), was raped at Fort Lewis, Washington. Like the majority of women who have been raped in the military, she never reported it as she thought no one would believe her as the rapist was a senior officer. Stephanie and her husband both served in Iraq. Her husband committed suicide after his return from Iraq. Stephanie speaks frequently on the issue of military suicides.

The 29 minute documentary “Rape in the Ranks: The Enemy Within” has been shown in Europe. One day after the screening in the New York Independent Film Festival, onOctober 27, 2009, clips of the documentary were shown on Democracy Now as a part of an interview with director Pascal Bourgaux.

We hope the film production company will make the documentary available by DVD or on their website.

In a related event, Veterans for Peace launched a Military Rape Awareness campaign in early October, 2009 with a press conference at the Armed Forces Recruiting Station in Times Square, New York City. Violence against women activist Eve Ensler and military rape survivor Sandra Lee spoke of their traumas from rape.


Note to the Editors: The video statement by Staff Sgt. Sandra Lee is really powerful (Elaine Brower made the video):


Veterans for Peace suggests that a warning to women about rape in the military be placed on recruiting station doors. Bumper stickers that state “Warning: 1 in 3 women are Raped in the Military” are available from Veterans for Peace.
Ann Wright is a 29 year US Army/Army Reserves veteran who retired as a Colonel and a former US diplomat who resigned in March, 2003 in opposition to the war on Iraq. She served in Nicaragua, Grenada, Somalia, Uzbekistan, Kyrgyzstan, Sierra Leone, (more...)

The Rape of America

How ironic that the people who believe they're bringing 'freedom and democracy' to Iraq and Afghanistan (of course it's mayhem and torture and murder) can't resist raping their own women.

Once a military officer and now with the State Department has turned in his resignation. Ann Wright may be wondering how things have changed since she resigned.

Why do government agents getting away with rape?

If you want to see the Congressional admissions about rape and torture of Americans and learn why government agents and those who can influence them get away with horrible crimes like this, see Why does the U.S. government torture people?

For more about how those in the government get away with violating our rights and committing horrible crimes, see Why Does the Government Ignore Our Wishes? and don't miss my 18 minute speech.

If you take a look, you'll learn why they get away with horrible crimes. My article on torture includes a link to the U.S. Supreme Court case which explains how one of our stolen rights makes the difference between justice and injustice, between freedom and slavery.

There has always been "The List". Anyone in power, has a list of people, either on top of their heads, on paper, or listed on a computer. Some lists are actually distributed. A rape victim can be placed on the list because he or she can interupt the integrety of the system.

Police officers who are mainly military will tell you that their number one job is protecting the integrity of the system. Protecting you and investigating crimes is not even a close second. The military has an objective and it is not the rights of soldiers or anything about about justice.

When there is not a light shining in, cretins do all they want in the dark. Without civilian oversight of police, independent grand juries, and a military controled by civilians, not the war corporations and the politicians they pay for, we the people are headed for more, and more, darkness.

Picture meat being ground in a blender. That is all that is thought of the soldiers fighting in wars by the war corporation heads. They can sit with their families and enjoy comfort all over the world at everyone else's expense.

Rape is just a perk. Having you killed, beaten, up or worse just for lodging a complaint is the current reality. It is time to shine a light on the lists and those who are compiling them.

Blood Tears, and Dying of Thirst

Revolution is Not Just a Word, but Why Revolt?

By R. A. Louis (about the author) Page 1 of 4 page(s)
opednews.com Permalink