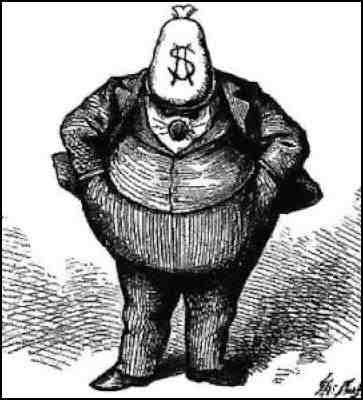 No, we need the power of the Legislature to work to check the Judiciary...‏
In a message dated 5/8/2009 5:34:48 P.M. Pacific Daylight Time, victoryusa@jail4judges.org writes:

The focus of J.A.I.L. is the judiciary-- not
the legislature. The judge will be held accountable for whatever his
reliance for his actions happens to be. And such reliance must be in
accordance with the Constitution. The judge can't point a finger and say
"The legislature made me do it." No way!

Actually. we need the get various Legislatures including Congress to get off their asses and pass some new Acts that:
1) Rid Judicial Immunity, examine definition of "Bad Behavior" Rid the Judicial finding that Judges are immune even for malicious behavior. The finding of Malicious Behavior must forever be countered by remedy.
2) Put controls on the Discretionary powers of a Judge. Make clear where the line is crossed when a judge ignores the law. Make clear that Appellate and Supreme court judges must conform to a high standard in exercising its limited powers.
3) Force procedure and Rules of the court to accommodate well-settled law on the ability to forever challenge the Jurisdiction of court -for which the burden immediately shifts to the State. Any viable Motion should make the challenge, and not impeded by the court by its insistence that a party must first Reopen the case. Rather the challenge should reflect evidence that causes Reopening.
4) All decisions must provide a free of charge memorandum which addresses all the legal allegations set forth by the pleadings. In this way, even a Clerk's dismissal notice would no longer get away with summary dismissals without first addressing the legal basis of its decision. There may be a violation of the Constitution even in lowly dismissals and denials that are subject to challenge on the merits.
5) Acts that address the power of Congress to form new courts when needed. We need new court division between the State courts and The US Supreme Court. Evidence of the NEED: less than 1% of all petitions are ever heard at the USSC. Finding: This situation leads us all to conclude there are no 1st Amendment rights to plead your case to its fullest and find remedy. Well if the Supreme Judges can't handle the load, it's only natural they should pass out some of the burden. It is time the courts made an even playing field. This new court could catalyze Private Attorney General/Grand Jury powers. There is a bill plopped on the desk of John Conyers to that effect.
THE LOWDOWN:
Legislature and Congress makes the laws, and Judges must follow the law. I've been following this thing about how the House Judiciary Committee can reverse the findings of a case, though not affecting the actual case for which the committee became discerned, but rather CLARIFYING to the Judiciary that Congress has a certain INTENT and when the intent is clear, the Judiciary must bow down.
Francis Knize